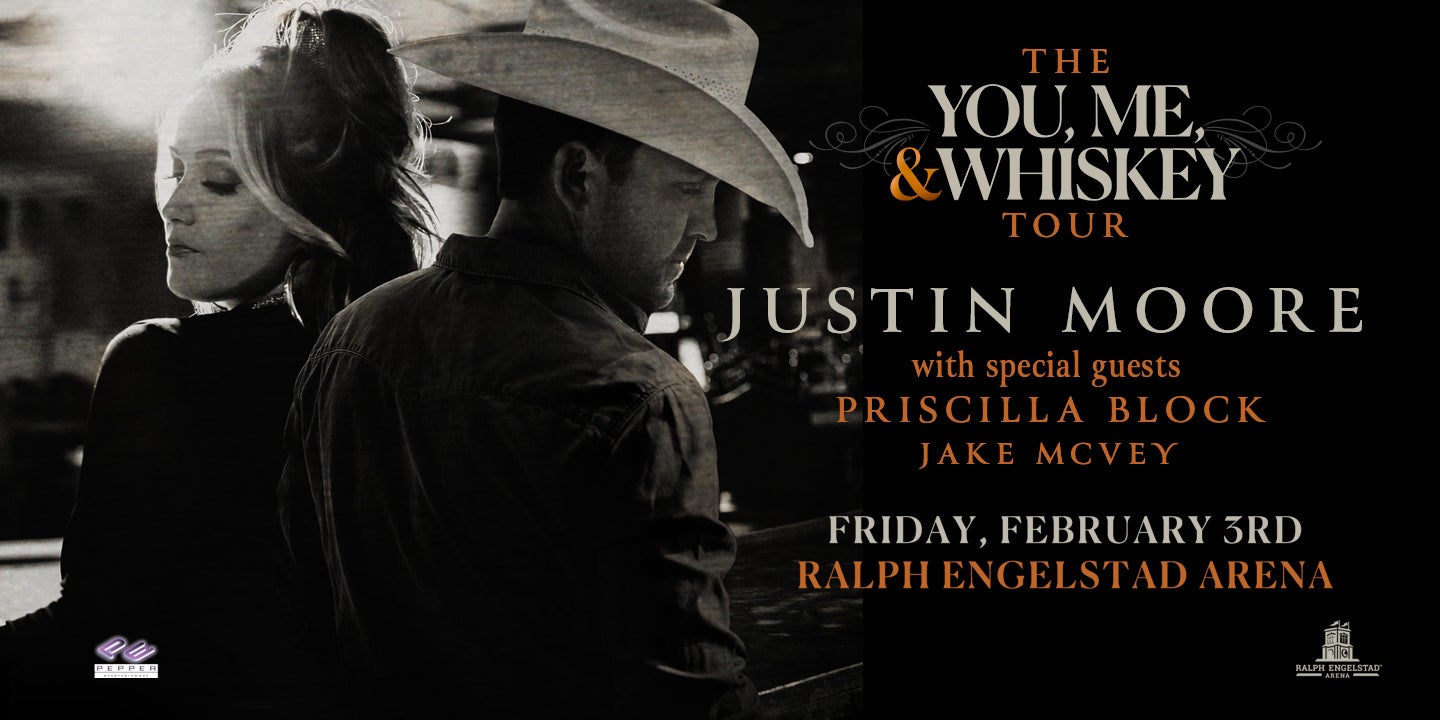 Justin Moore - You, Me & Whiskey Tour

Justin Moore - You, Me & Whiskey Tour

Tickets on sale now! Justin Moore is bringing The You, Me, & Whiskey Tour to Ralph Englestad Arena on Friday, February 3rd, 2023, with special guests Priscilla Block and Jake McVey. Presented by Pepper Entertainment.

Multi-PLATINUM hitmaker Justin Moore has built a loyal following over the past decade with his traditional country sound and captivating live shows. Climbing the country radio charts with his current single, “With a Woman You Love,” the emotional tune follows in the footsteps of his 10th No. 1 hit, “We Didn’t Have Much,” which is featured on his eight-track collection of tunes, ‘Straight Outta The Country.’
The Arkansas native’s extensive fanbase helped boost his fifth studio album, LATE NIGHTS AND LONGNECKS, to the top of the charts upon its release. Lead track “The Ones That Didn’t Make It Back Home,” and follow-up “Why We Drink” both peaked at No. 1 on both Mediabase and Billboard.

Tickets start at $39.50 plus applicable fees.